Peter founded the Peter Jones Foundation in 2005 in order to establish a real way to support children’s futures and to inspire a culture of enterprise and entrepreneurialism in Britain.

In 2009 Peter was proud to have been made a CBE in the New Year’s Honours List for services to business, entrepreneurship and young people. 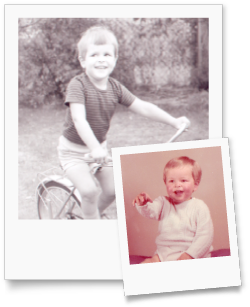 Peter Jones was born in 1966 and raised in Berkshire by his parents who both worked full time for over 50 years to provide their family with as much as they could.

Peter often went to his father’s office in Windsor to “sit in his big chair and pretend to be in charge of a big company”.

The truth of the matter was his father’s office was small, but the beginnings of Peter’s intentions to become a successful businessman and make a difference took shape in that chair.

Peter’s first venture into business came at the age of 16. After completing the Lawn Tennis Association’s coaching exams, Peter set up his own tennis coaching school. Having realised by this time that his two passions were sport and economics, the school allowed him to combine his love of tennis with his business acumen and head for figures.

Still in his teenage years and through the experience he had gained in running a small business, Peter launched into the technology market by building, selling and supporting his own range of computers. The business experienced success that allowed him the luxuries of a nice house, a BMW, a Porsche and plenty of disposable income.

Unfortunately, circumstances dictated that the business was untenable; with a few major customers going out of business and personal mistakes along the way, Peter lost the business. Peter never gave up and in his mid twenties continued to launch new ventures with a combination of success and failure – a computer support business and a restaurant, the latter Peter describes as “a fun but costly mistake”.

At the age of 28, having lost the luxurious house and the cars as a result of his business ventures, he decided to join a large corporate organisation – a difficult choice for someone with such drive and enthusiasm for being his own boss. In true Peter Jones’ style, within 12 months he was running the business in the UK and built enough capital to start out on his own again. 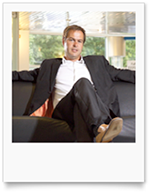 Peter founded a telecoms Group in 1988, providing mobile cellular solutions to a broad range of clients.

The business embraced emerging technologies at a time when BT Cellnet and Vodafone were in competition with each other but could only sell to the public through a network of retailers and dealers. The core of the Group was a distribution model created by Peter called Single Brand Distribution, where he created teams that only sold one brand of product.

The business experienced incredible success with sales of £14m in the first year. By the end of the second year the business was achieving £44m of sales. During the years that followed Peter built and sold many businesses from within the Group – Generation Telecom was sold to Vodafone and was the first such sale.

More recently Peter sold Wireless Logic for £38m to ECI Partners, a venture capital firm based in London. Peter was named Emerging Entrepreneur of the Year by The Times/Ernst & Young and his businesses were identified as the 13th fastest-growing in The Sunday Times/Virgin Atlantic UK Fast Track League Table. 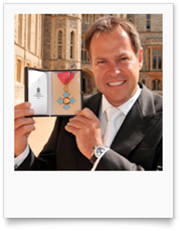 Today Peter has an interest in a wide range of companies in a variety of different market sectors that collectively generate sales of over $1 billion and employs thousands of people.

Having personally invested in businesses ranging from publishing, new media, television and entertainment through to technology and FMCG, the environment and product design, Peter’s portfolio is growing and helping to nurture and develop emerging entrepreneurs with innovative products and services globally.

One of Peter’s more recent acquisitions has been Jessops which he re-launched and re-opened 60 stores across the country. 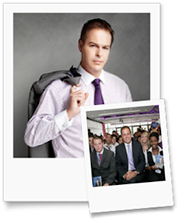 Peter’s TV career began back in 2005 when he was invited to join the panel of the groundbreaking BBC Two show, Dragons’ Den. In 2006 Peter created new business reality format show, The American Inventor and went into partnership with Simon Cowell.

The show aired in March of 2006 on ABC primetime with a network record viewing figure of over 14 million. Having been commissioned for a second series, the show has been sold around the world and has aired on Virgin 1 in the UK as well as many other countries around the world.

In 2007 Peter’s show Tycoon aired with a search for the next big business tycoon in the UK. Producing and starring in the show for ITV, Peter and his team mentored 6 entrepreneurs and helped them to turn their business dreams into reality. The show winner, Iain Morgan, won the show with a business called Bladez Toyz. His business today is one of the UK’s leading remote control toy manufacturers.

Peter Jones Meets was another show that aired on BBC Two staring Peter, where he interviewed some of Britain’s leading entrepreneurs, finding out how they made their millions.

See Peter’s website for a list of his TV investments. Peter is also a best selling author. His book “Tycoon” was published by Hodder & Stoughton.